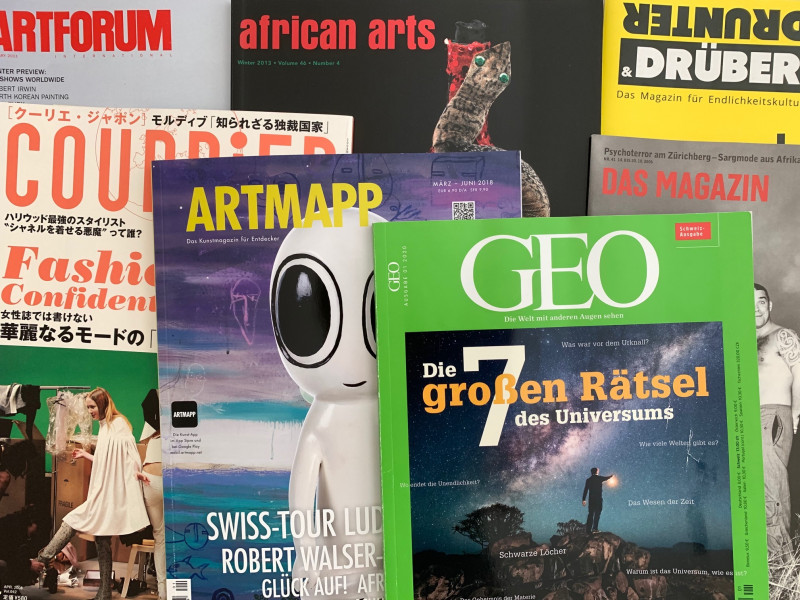 Paa Joe in an interview with Apartamento Accra 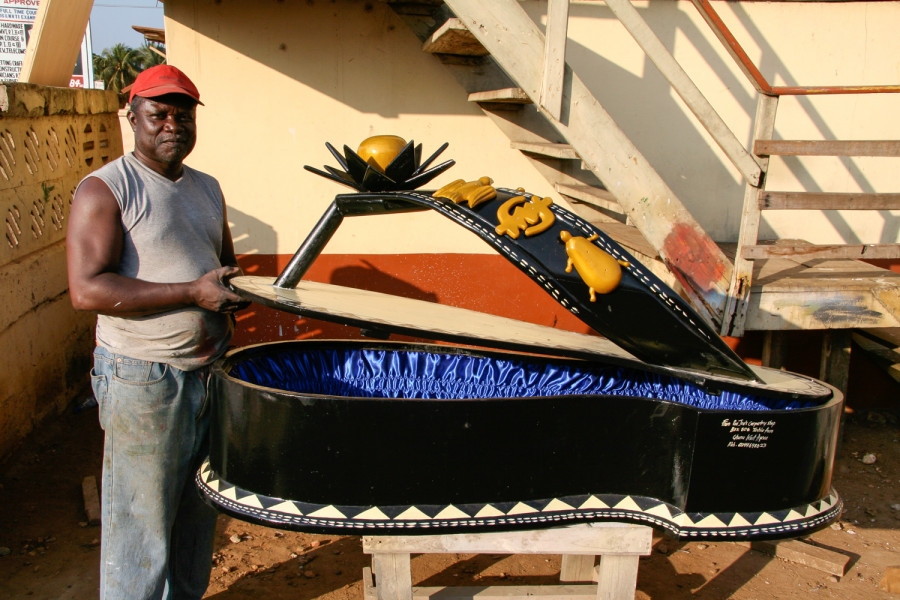 The Ghanaian coffin artist Paa Joe is featured in the Apartamento magazine 2021/22 with 17 archive photos taken by Regula Tschumi. 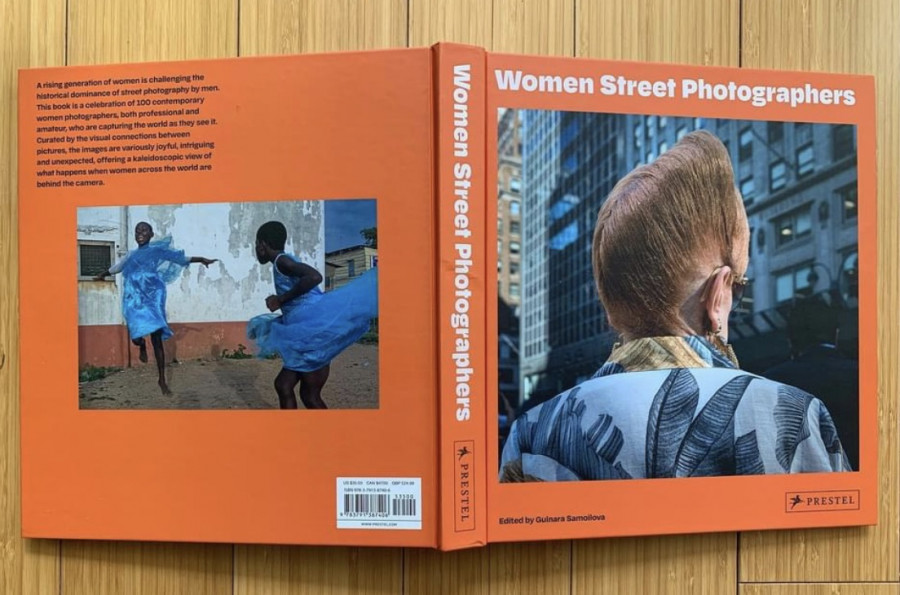 With a rising number of women througout the world picking up their cameras and capturing their surroundings, this book explores the work of 100 women and the experiences behind their greatest images. The volume is curated by Gulnara Samoilova.

Regula Tschumi is part of this book project and her photograph is also on the back cover. 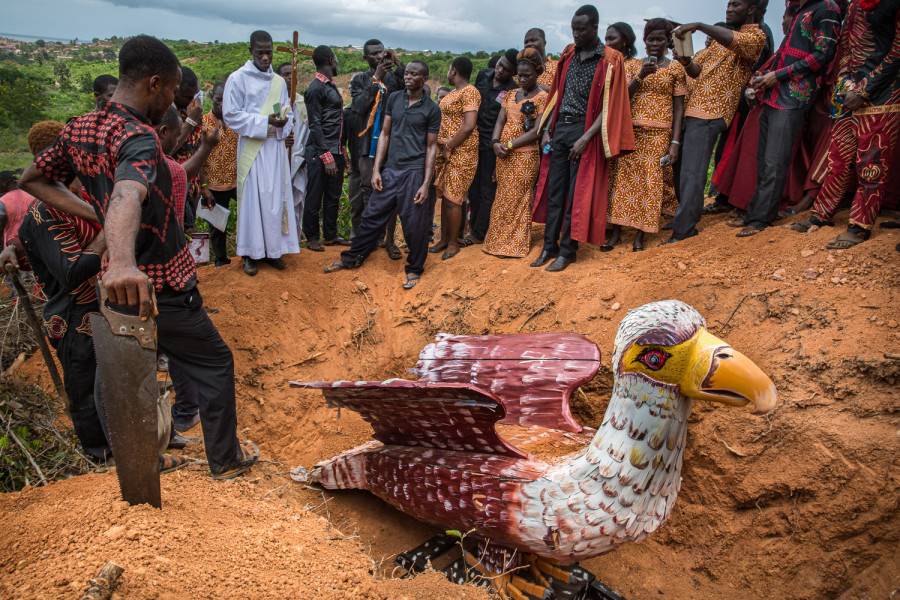 Stefan Rambow interviews Regula Tschumi about the colourful mourning rituals in Ghana and the use of the figurative coffins (German), with photographs by Regula Tschumi. 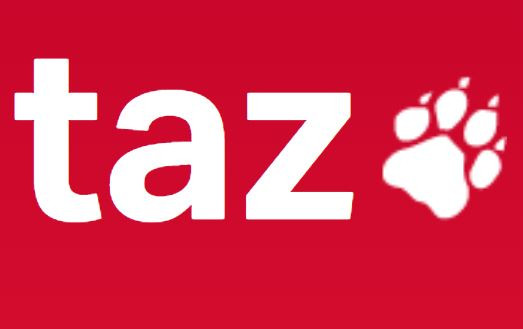 "People celebrate colorful life at the funeral"
Lions, tigers, high-heeled shoes, sometimes a pepper: The current moving exhibition “Mourning. From loss and change” in the Kunsthalle Hamburg presents, among other things, figurative coffins used mainly by people belonging to an old religion in southern Ghana, which continues to exist alongside Christianity.

The buried treasures of the Ga. Coffin art in Ghana 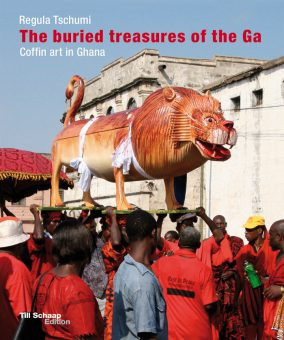 For some fifty years, the Ga of Greater Accra in southern Ghana have produced coffins in the shape of animals, fruits and status symbols. This unique practice is explored in depth here for the first time in a publication featuring a scholarly text and informative illustrations. 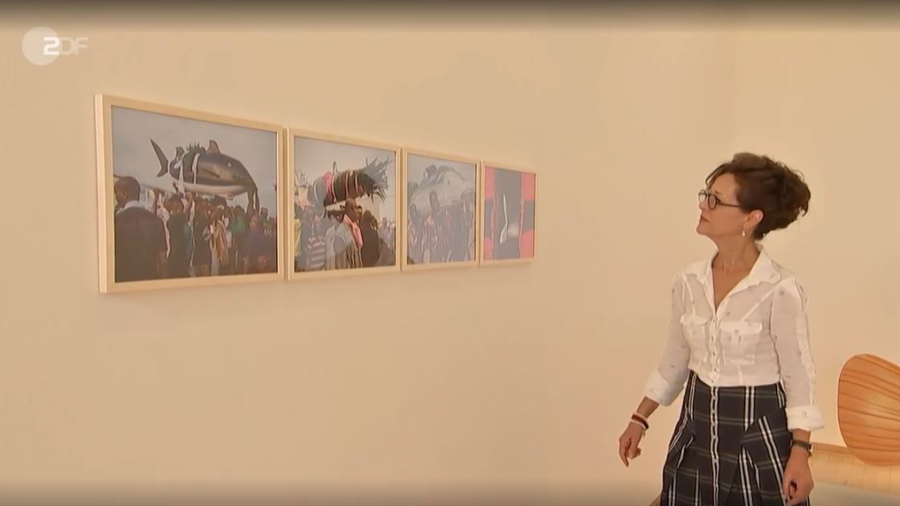 "Swiss photographer Regula Tschumi is fascinated by the funeral rituals of the Ga people in Ghana, she is especially interested in their creative coffins. For the Ga, death is a transition and no the end, the bereaved show more joy than tears", ZDF.

Concealed Art. The figurative palanquins and coffins of Ghana 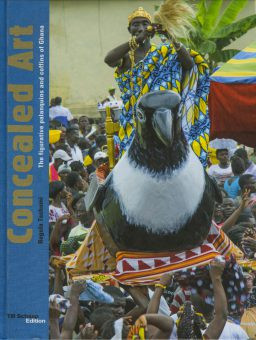 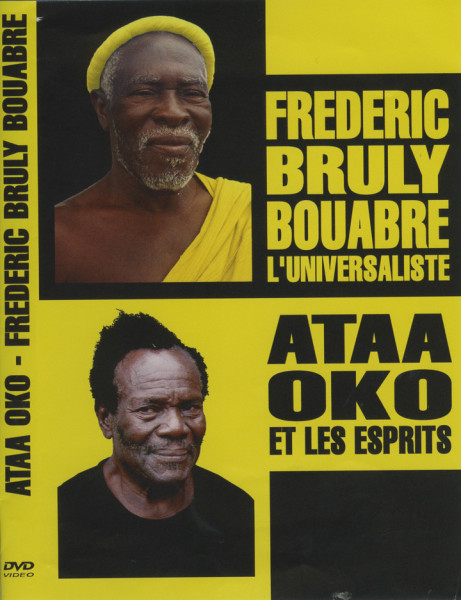 A Film by Philippe Lespinasse, Regula Tschumi & Andress Alvarez: Lausanne/Le Tourne, 2009.
﻿
Ataa Oko (1919) of Ghana suddenly took up drawing at the age of eighty-three. At first, it was from memory that he drew the personalized figurative coffins that he had once built as a carpenter craftsman, CAB. 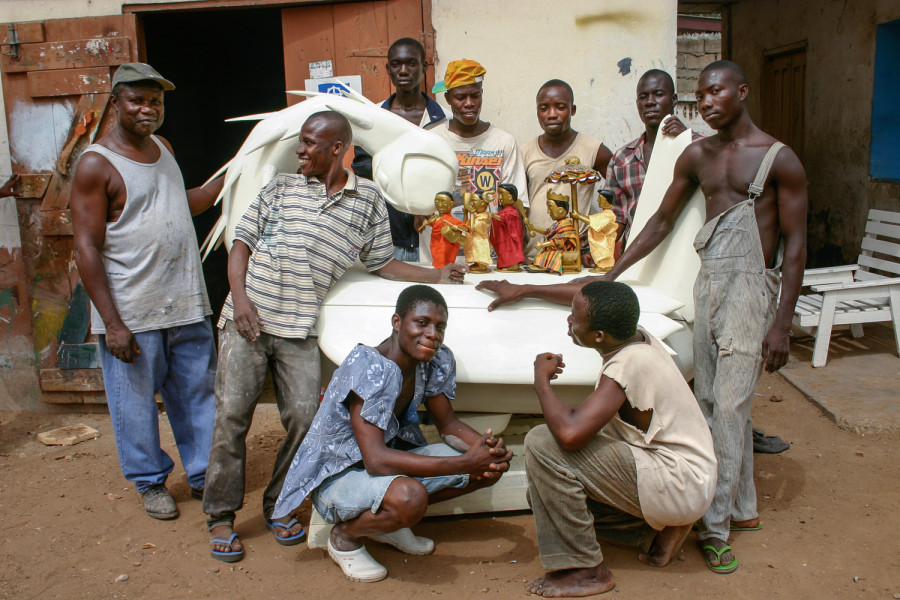 An interview with Regula Tschumi about her work in Ghana, about the history of the figurative coffins and palanquins, and about the work of some of the most important and innovative young coffin artists in the Greater Accra and in the Central Region.
The text and the photographs are by ©Regula Tschumi. 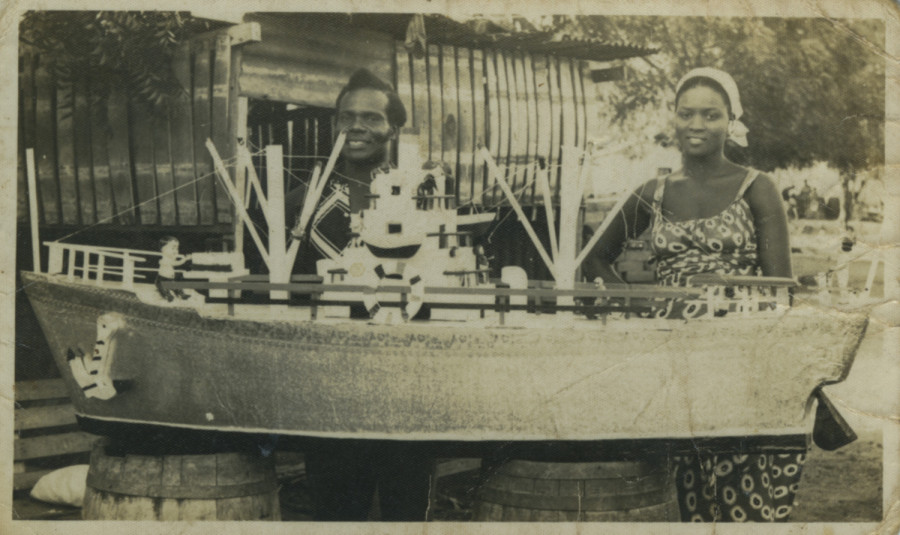 East.East-West
How a local ritual craft turned into an export commodity.

An article about the story told by Kane Kwei (1928-1992) and his family and retold by many Western authors about the origin of the Ghanaian fancy coffins, and how Regula Tschumi’s PhD research disproved this popular version. 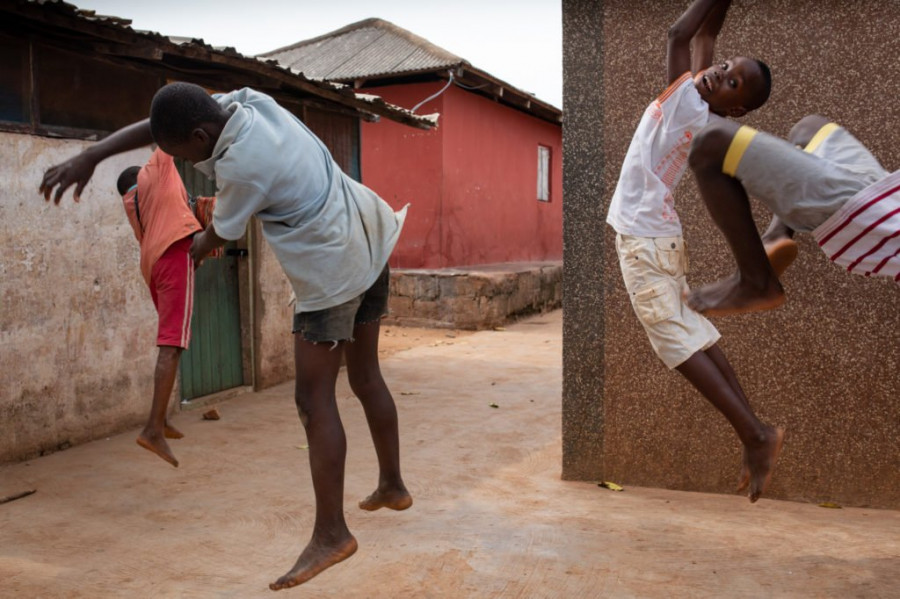 UpPhotographers Interviews Regula Tschumi about:
Who - What - Where - When - Why 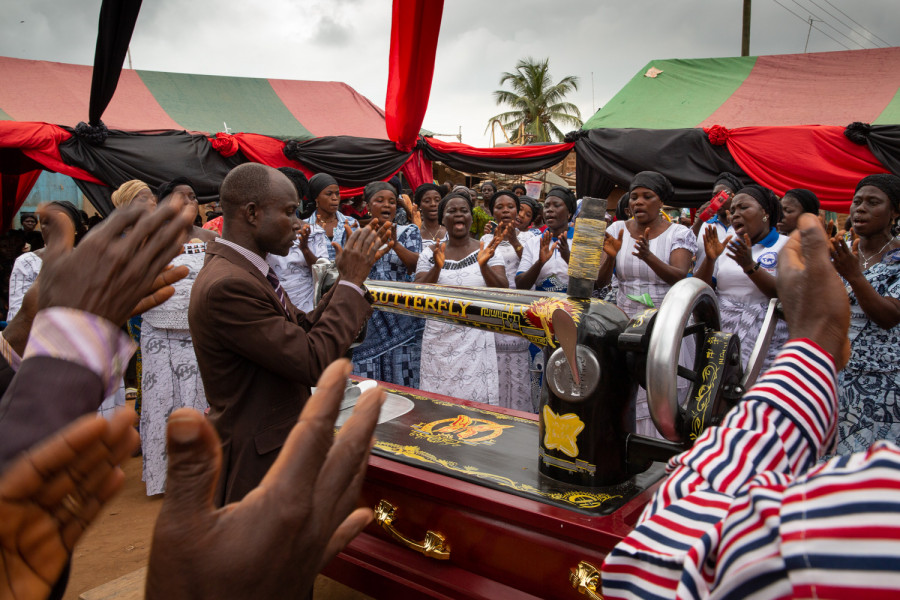 There is something unusual about coffins that look far too livelier than the very purpose it is made for. 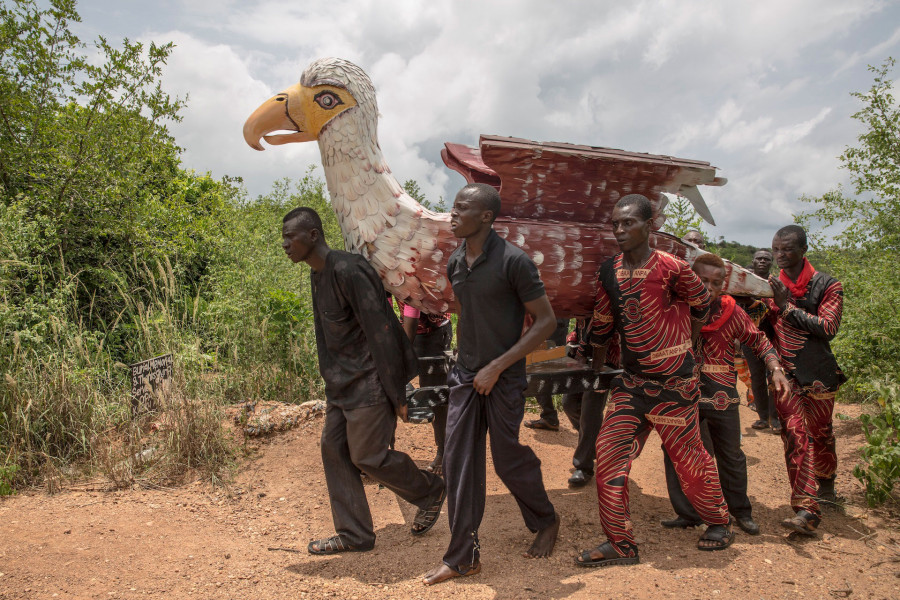 A video of Fabian Biasio in collaboration with Regula Tschumi, 2018.

In Ghana, the shape of coffins make people: With their fantastic shapes, they are a final greeting from the grave. A car for the chauffeur, a cow for the farmer or a camera for the photographer pay tribute to the deceased. Europeans know the coffin art from Ghana as a bizarre burial culture with a penchant for extravagance. But the coffins hold a secret. 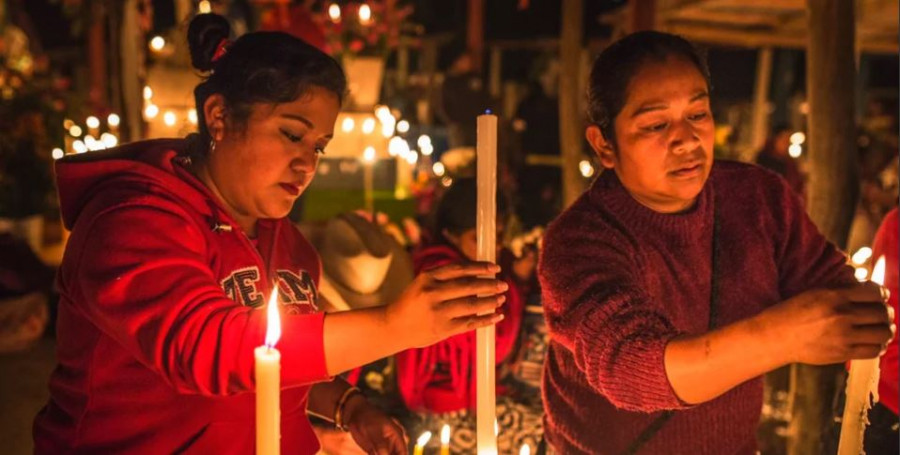 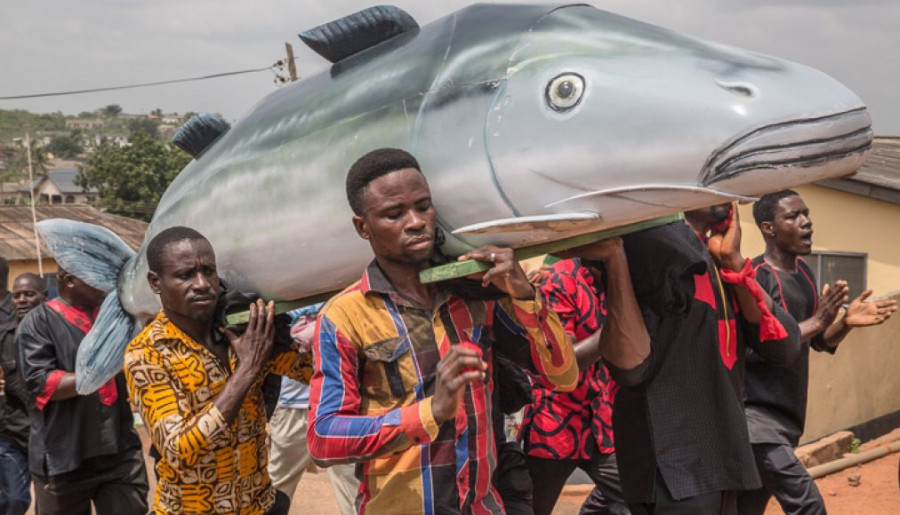 Marie Destraz (Protestinfo) in conversation with R. Tschumi:
﻿
The Ga, an ethnic group from southern Ghana, bury their dead in coffins shaped like hens or trucks. Regula Tschumi, ethnologist, art historian and photographer gave a lecture on figurative art that has become a tradition among Christians too, at Cité Seniors in Geneva, on the Day of the Dead.

A Coffin in the Shape of a Hummer Car 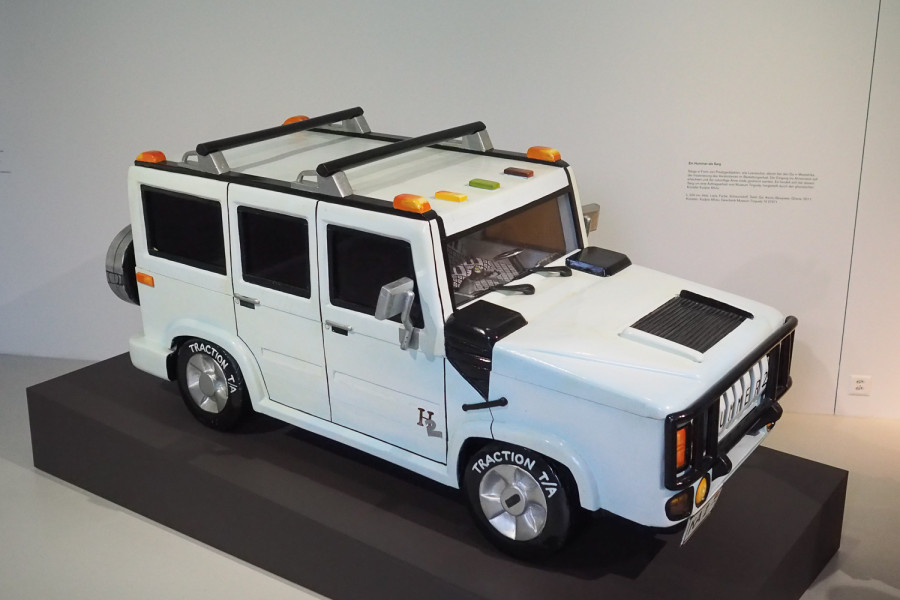 Video by I. Bozsa in collaboration with Regula Tschumi for the Museum der Kulturen Basle, 2016.
﻿
As reaction to the impact of missionaries and colonial administrations on the local funeral practices, the Ga of Southern Ghana developed a new coffin culture. Coffins are crafted in a wide range of different forms: Popular figures are related to the job of the deceased or their desires during lifetime, MKB. 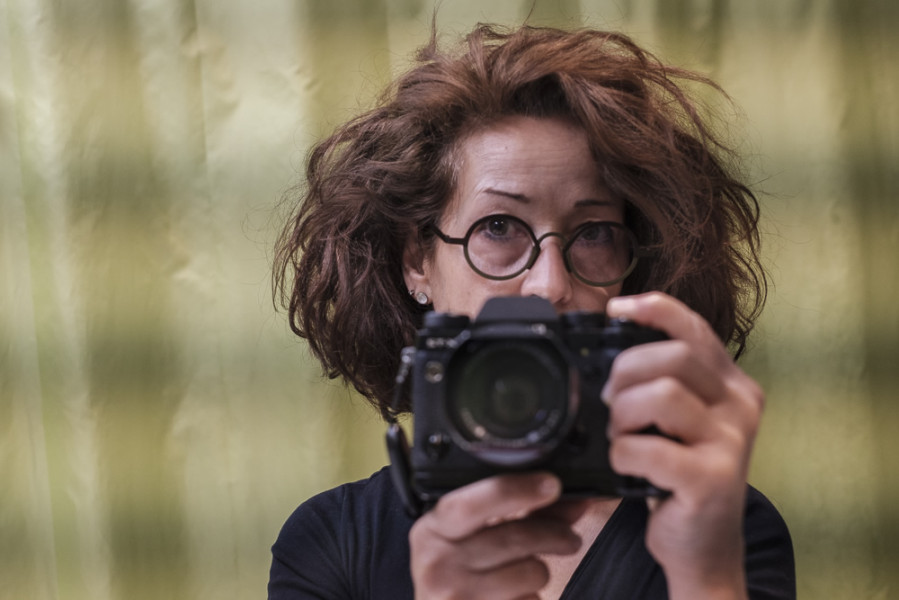 Winner of the Print Swap competition 2021 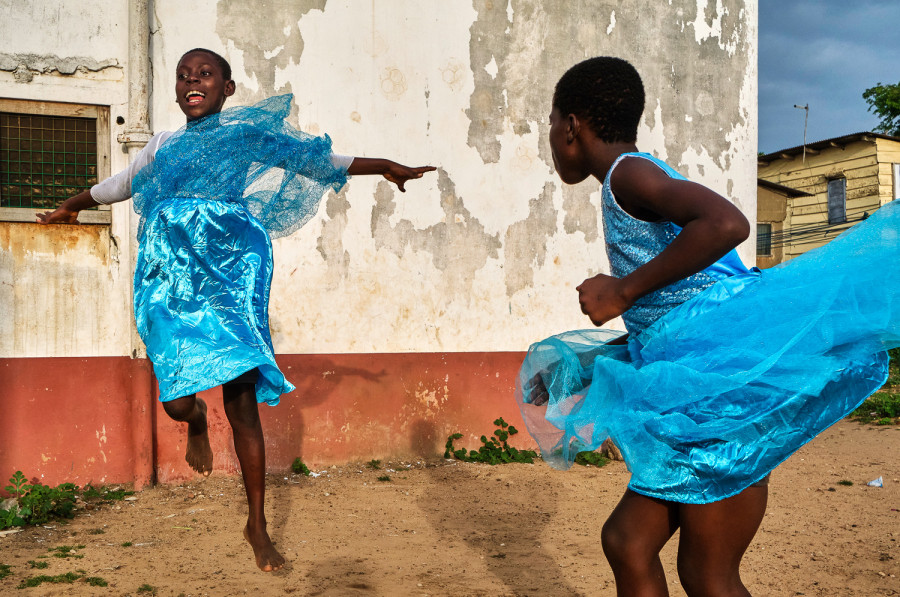 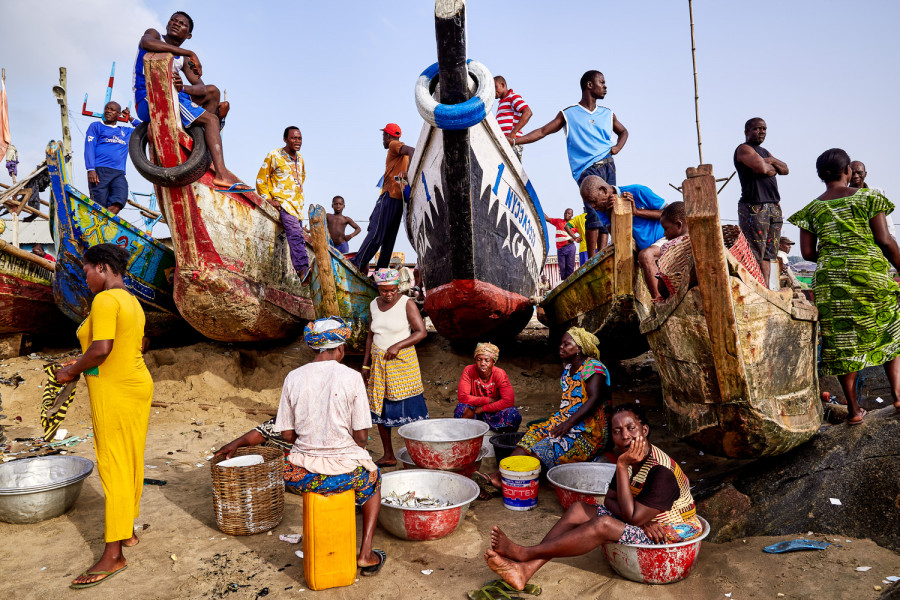 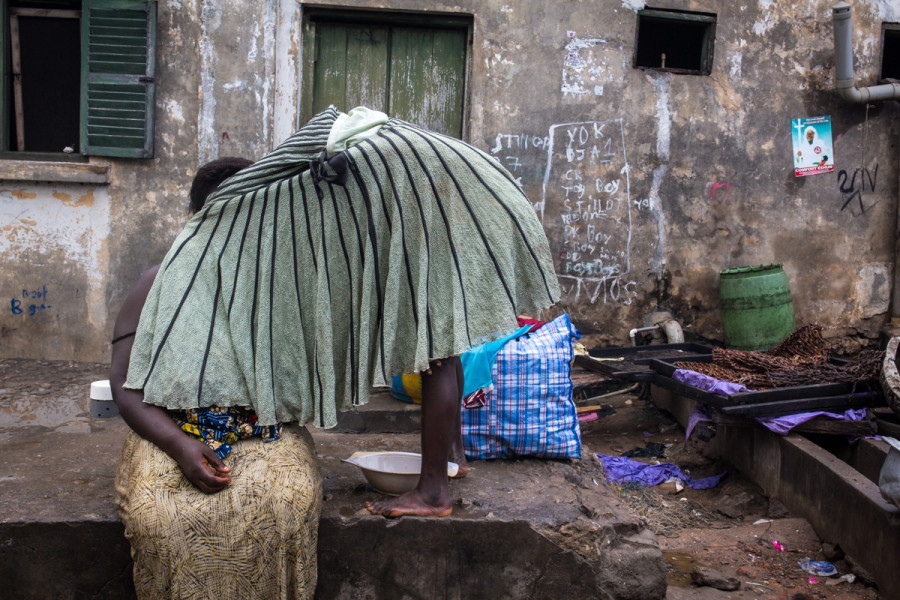 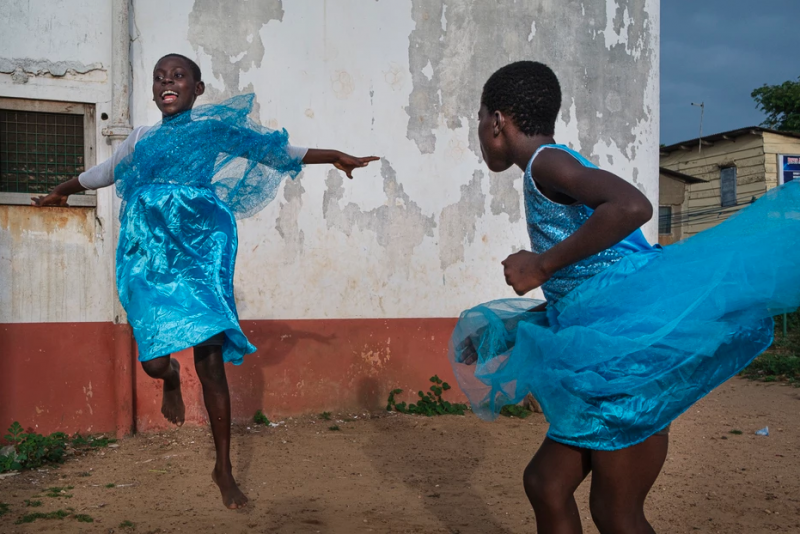 International Biennial of Photography IV in Guayaquil, Ecquador
Finalist in the top ten for the 3rd Price

The spirits play football. Drawings and sculptures of the Ghanaian artist Ataa Oko Addo (1919 - 2012)
Together with Ataa Oko's work there will be photographs and films by Regula Tschumi.
Museum der Völker in Schwaz, Austria
28.5. - 30.9.2022

Print Swap exhibition in Brooklyn, NY
The works of 30 international photographers from the Print Swap project in the street of Brooklyn, NY.
29.11. - 6.12.2021

With the line bus to the other side. Fantastic coffins from Ghana – Museum für Sepulkralkultur, Kassel

Street sans Frontières, an international photo exhibition in Paris, May 2019

Street sans Frontières
An international photo exhibition in Paris, May 2018